There is a thread on the MultiTool.org forums about black Swiss Army knives, with lots of great pictures.  I happen to like black cellidor scales a lot. In fact, it’s one of my favorite scale colors, along with green and any kind of colored alox.

Here are some of my black Victorinox SAKs. I have some more, including a black Compact (awesome EDC knife!), more Classics and a black SwissCard: 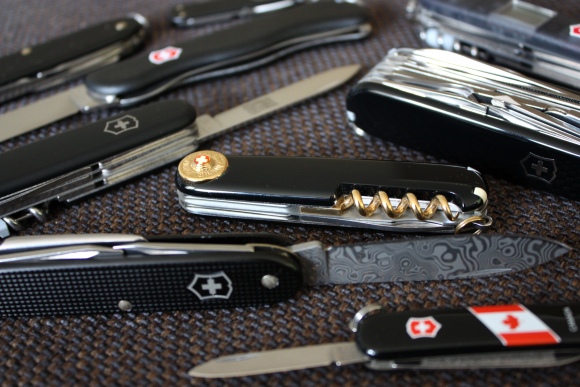 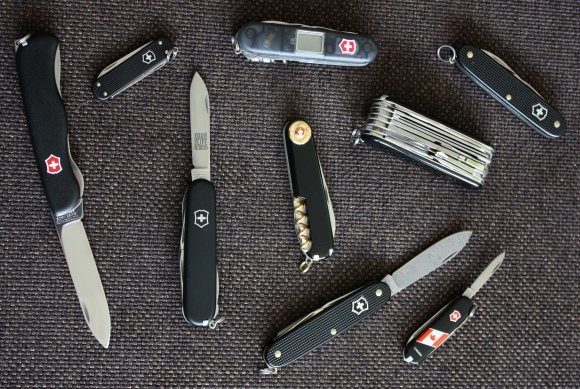 A little info on the knives in the picture:

I will get into more detail on some of these Victorinox knives soon :)