Yesterday, I received two Victorinox knives from a nice chap from the MultiTool.org Forums. 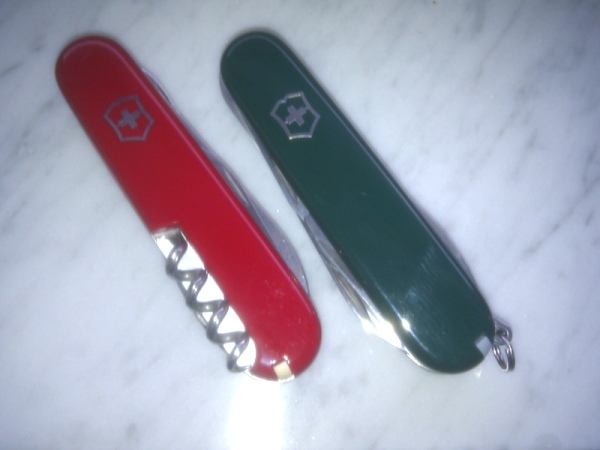 The seller called the red one a Tourist, but I think it’s a Traveller, which is basically a Climber without the keyring. Which is obviously not the same as the modern Traveller (with an electronic timepiece, thermometer, altimeter, etc. in the front scales). This Traveller has a company logo on the front, so the Victorinox logo is on the rear (the corkscrew side).

The Camper has green cellidor scales. It’s a relatively uncommon color and I think it’s one of the nicest.