This is a Victorinox Executive. It features an unusual tool: the orange peeler, which is basically a small serrated blade with a flat head screwdriver at the end. 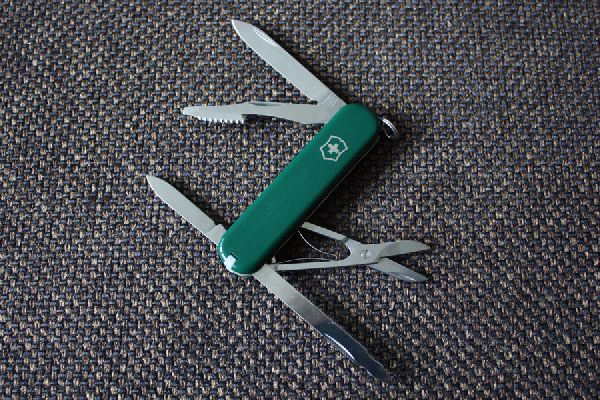 While the Executive is still in the lineup, this particular knife was made before 1991, since the scissors have a screw. The riveted scissors were introduced in 1991. Victorinox also make a stainless steel version of the same knife, which is called the Director. It does not have the tweezers and toothpick.

The 74mm line consists of only a small number of different models, a couple of which have been discontinued.