I got a nice little Victorinox knife in the mail a couple of days ago. It’s an Excelsior in silver alox. It’s a pretty basic 84mm, single layer knife with only a large and a small blade. It has the old Swiss cross on the front scales and it looks like the knife has never been used, carried or shapened. It’s in mint condition which is what I prefer ;) It came without the box, unfortunately.

Victorinox still make the cellidor version of this Swiss Army Knife, but the ribbed alox versions have been discontinued since I think the 1980s.

Update: I think this knife is actually pretty new after all. The old version of this knife (model 2070 s) did not have a Swiss cross on the front, and this one does. Also, Victorinox is written with a bigger capital V which indicates it’s post-1984… still a bit of a mystery, this. 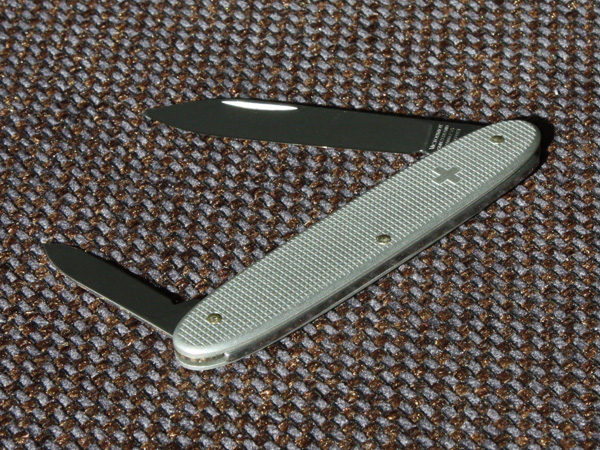