In 2010, Victorinox released a soft grip version of the Climber model for the On The Road tour. It is called the Climber RT (Road Tour) and has black cellidor scales with a special coating giving it a nice soft grip finish. You can see the difference between the soft grip scales and the regular shiny cellidor scales in the picture with the Climber RT and a Compact model. It also features a laser engraved Your Companion for Life on the Road logo on the main blade. 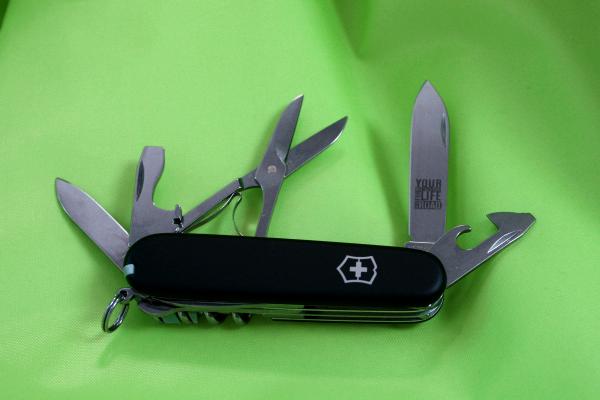 As you can see in the pictures, this knife has the new version of the mini screwdriver, with a hexagonal shape and a slightly shorter shaft than the older model. Both versions are in the last picture.

The Climber adds a pair of scissors and the multipurpose hook to the basic Spartan version, making it one of the most popular 91mm Swiss Army knives.