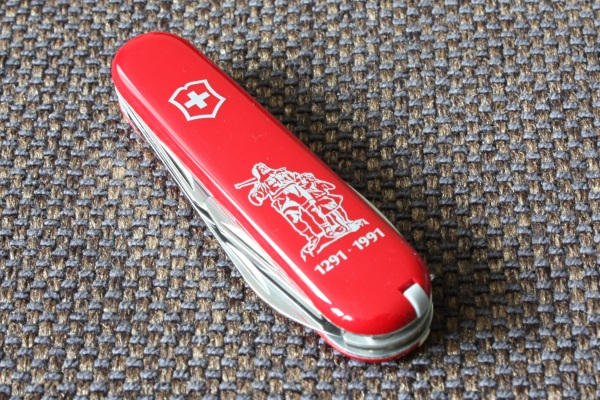 The knife in the picture on the box looks like a Spartan (91mm) or a Tourist (same as the Spartan, but 84mm), but the actual knife is a Sportsman, since it has a nail file instead of the small blade. Usually, the Sportsman has a keyring. This one does not. Note that the reamer/awl does not have a sewing eye (newer ones do). It also has a fluted corkscrew.

Fun fact about this set is that I bought it new in a regular hardware store in 2010, 19 years after it was issued :D