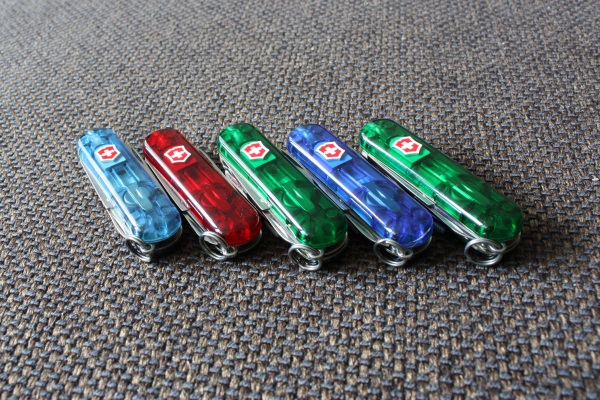 Just a picture of a couple of 58mm Victorinox key chain knives in translucent cellidor. The green (emerald) ones are Midnite Managers (which feature the very useful combo tool). The blue ones (light and dark sapphire) are Signature Lites. The ruby one is a SwissLite and came in a set which also contained a ruby SwissChamp.

END_OF_DOCUMENT_TOKEN_TO_BE_REPLACED 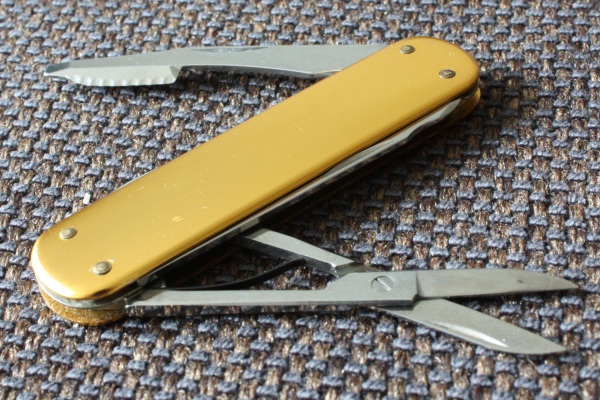 This is another Victorinox Executive. It’s a smooth, alox version in gold. Well, gold colored anyway (there actually is a 14kt gold version as well). It is a bit older than the green Executive I showed earlier: it has the older, single leaf type scissors which disappeared in 1975, according to Victorinox. Update: Thanks to an old Victoria catalog (from I think 1969) I found out this model was actually called “656 g”. And it was sold as a lady’s