This is another Victorinox Executive. It’s a smooth, alox version in gold. Well, gold colored anyway (there actually is a 14kt gold version as well). It is a bit older than the green Executive I showed earlier: it has the older, single leaf type scissors which disappeared in 1975, according to Victorinox. 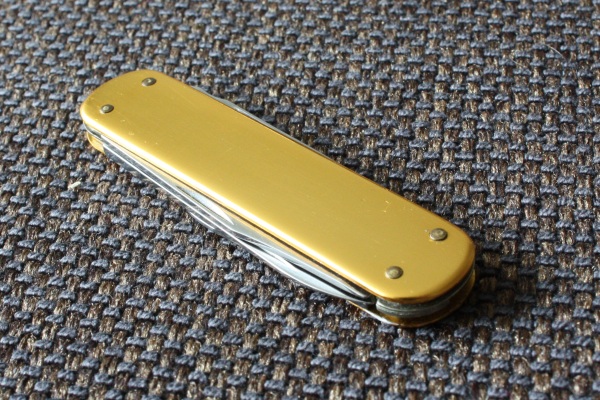