This is an unusual, 111mm one-handed Swiss Army Knife from around 2003. I don’t know it’s exact name, but it’s basically a one-handed Trekker (OHT) with a corkscrew instead of the Phillips screwdriver and with camo scales with an Armee imprint. Toolwise, it is the same as the new one-handed Forester. But since that the Forester OH did not exist in 2003, it was called the OHT with corkscrew. Interestingly, my knife has the newer style thumb hole in the main blade (it’s round: older OH knives like the German Army Knife have an oval hole). 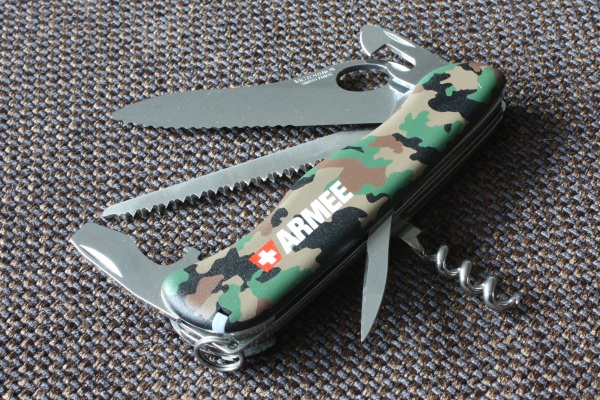 I still don’t know what the exact story behind this knife is. I read somewhere that is was officially issued to the Swiss military as an in between knife (before the new Soldier was issued).