Okay, so this is not exactly a Lumberjack. It’s an older, ribbed alox 84mm model which at the time (probably the 1970s) did not have a name, but was simply known as model 2231. The tool configuration (blade, saw, bottle opener) is almost identical to the newer Lumberjack model, but that one has the combo tool instead of the bottle opener. 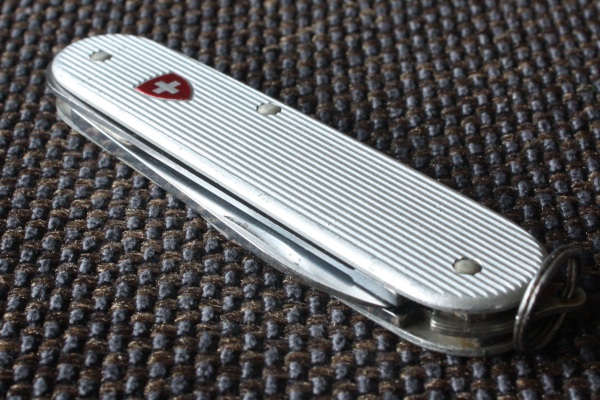 This knife was made by Victorinox, but it wears the Elniox brand on the tang of the main blade. Unfotunately, it is in pretty bad shape. The blade looks like someone tried to sharpen it with a belt sander and the saw backspring is very weak: the saw action is very sloppy. The blade obviously needs reprofiling and sharpening.