This is a Victorinox Fisherman. It has the Phillips screwdriver instead of the corkscrew and is one of only a few knives that have the fish scaler/hook disgorger tool, which is also a ruler and, apparently, a Halloween pumpkin carver ;) 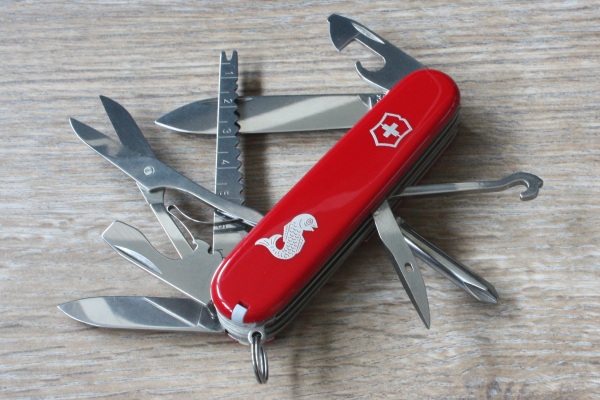 The Fisherman has a metal inlay of a fish on the front scale. Older models had the metal inlay instead of the Swiss shield and cross, while the later models have both inlays.