The Victorinox SwissChamp was introduced in 1985 as the premium model in the line-up. It added pliers to the Champion Plus model which had been the biggest Swiss Army Knife before. 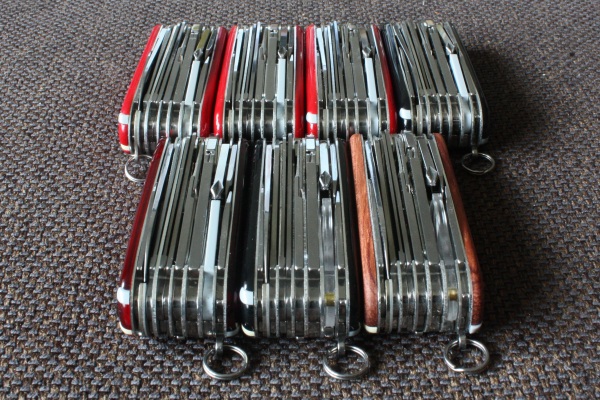 The Champ has evolved a little since its introduction in 1985. For example, in 1991 the multi purpose hook was added to the scissors layer and in 2007 the magnifying glass and Phillips screwdriver were redesigned. Also, the metal file was changed in 2005 and is now a stainless steel, grinded one. Some of the differences between older and newer models can be seen in the pictures. More info on the 91mm tool evolution can be found on SAAM’s website.