These are a couple of unusual Victorinox SAKs. The SwissFlame adds a butane gas lighter to the Climber model, while the CampFlame adds the lighter and a small screwdriver to the Camper model. 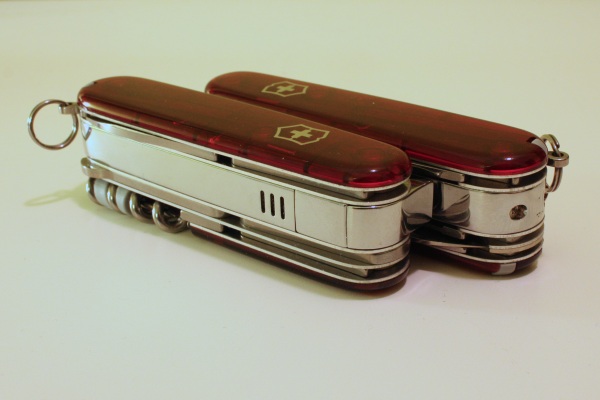 I found the CampFlame and one SwissFlame in a store in Utrecht, where they had probably been on display for at least five years. The other SwissFlames were on sale in Amersfoort. One of them is missing the manual and the inner box, unfortunately.