This Climber has a long nail file on the back instead of the multi purpose hook the current Climber model has. 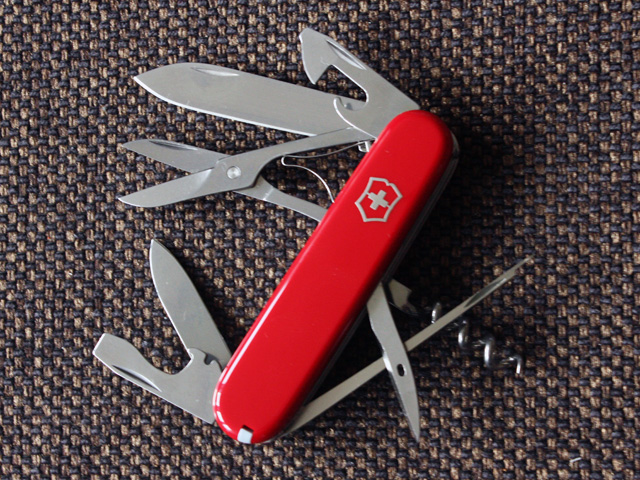 It’s an interesting knife: the long nail file is a very old tool and I believe this Climber is the only recent/current model available with the nail file. This model is mentioned in the 2010 Victorinox catalog, but it’s still pretty uncommon.

The fact that the blade has the newer SWISS MADE stamp make it even more confusing… apparently, Victorinox still fabricates the long nail file, or perhaps they have used an old batch of long nail files… who knows :)

There are a couple of differences between this Climber and the regular one. There is no keyring, since that would block the nail file making it impossible to open. Also, one of the liners has a cut-out in order to access the nail nick on the file. Finally, the scissors are mounted on the top side of the knife instead of on the bottom.