The Spartan Lite is a 91mm Swiss Army Knife, based on the Spartan model. It adds one extra layer with a Phillips screwdriver and an LED light. The LED light is operated by the little red switch on the plastic housing. The switch can be locked in the on position or just pressed for momentary operation. The light runs on two 3V batteries and is not extremely bright, but still pretty useful. 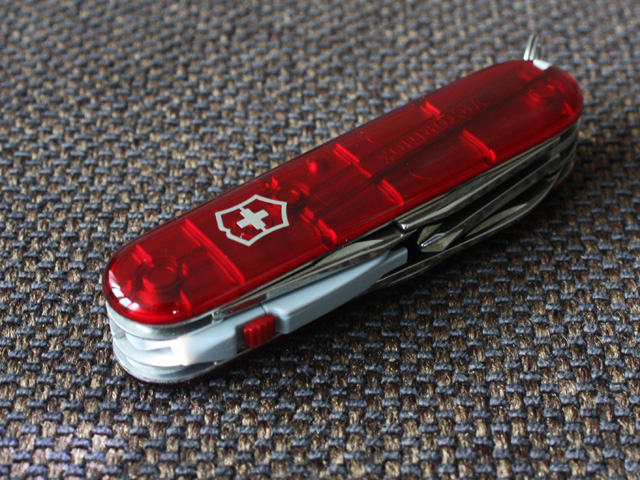 This is one of the thinnest Victorinox knives containing the inline Phillips screwdriver. It’s a little more useful and stronger than the back-mounted Phillips (which replaces the corkscrew on several models).