This is a nice single layer pen knife in red smooth alox. It has only 2 blades and, measuring only 75mm, it’s a very small, thin, light weight knife. It’s almost the same as the current Secretary and Pocket Pal models, but it’s 1cm smaller. You can see the size difference in one of the pictures (the bigger one is a Pocket Pal). 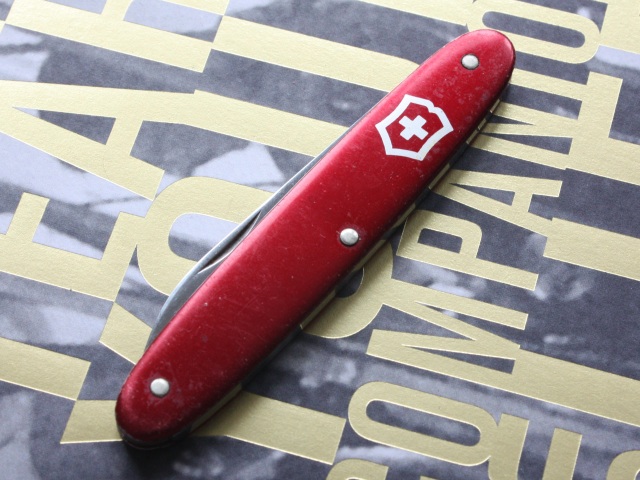 I think the shield and cross are painted. It’s different from other shields I’ve seen before: the lines are much thicker.

There are no 75mm knives in the current Victorinox line-up. I have no idea when they stopped making them. But since this one has a Victoria tang stamp, it’s probably from the 1950s or 1960s.

Update: this one was actually called 50r+ (or 50Ar+ depending on which catalogue you believe) but it was also known as Student. The version with a single blade was called 50/1 or Beginner.