Here are a couple of Dutch Army Knives. 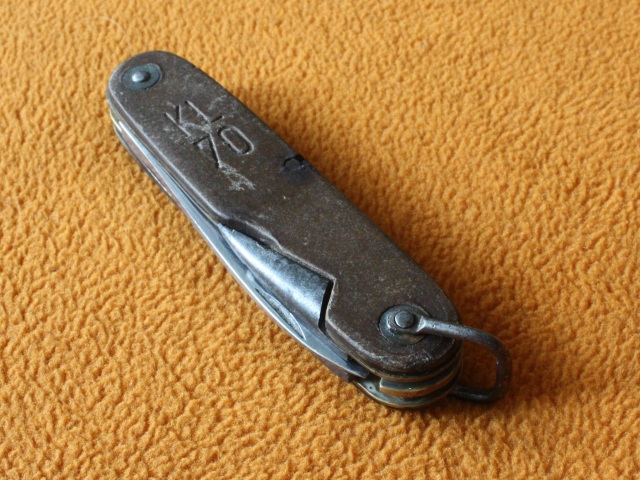 The brown one is made by Amefa (the Apeldoornse MEssenFAbriek or knife factory of Apeldoorn). It’s in pretty bad shape, but hey, it’s 41 years old :) The brass liners look good though. Real nail breaker this one.

The KL 83 one is made by Victorinox. It has a bail and non-polished opener tools. This one has a broken blade tip, but the other tools look virtually unused. It has brass liners.

The KL 84 knife is an Amefa one as well. Quality is below that of the Victorinox ones. The big can opener looks cool though :)

The KL 89 DAK is made by Victorinox. This one is in mint condition. Apart from some staining on the blade it’s really like new.

3 thoughts on “Victorinox and Amefa DAKs”