The Cadet is a nice, slim, 2 layer 84mm Swiss Army Knive with alox scales, currently available in several different colors. This one has a small blade instead of a nail file which predates the current tool configuration but is (unofficially) called Cadet II. 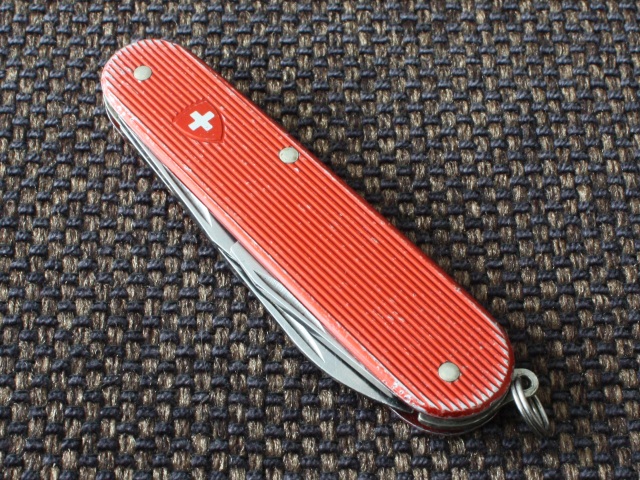 This one is pretty old, given that it has ribbed alox scales instead of the current checkered scales. Also, it has the older style Swiss Shield on the front scale.

The Recruit is closely related to the Cadet II: it has the same tool configuration but it has cellidor scales. I once owned a green Cadet (in mint condition) but I sold that one without having taken any pictures :(