Here is another SwissFlame. It’s a much sought-after Swiss Army knife for two reasons: first, it has only been on the market for a short period (between 2002 and 2005) and secondly, it was not available in the United States. 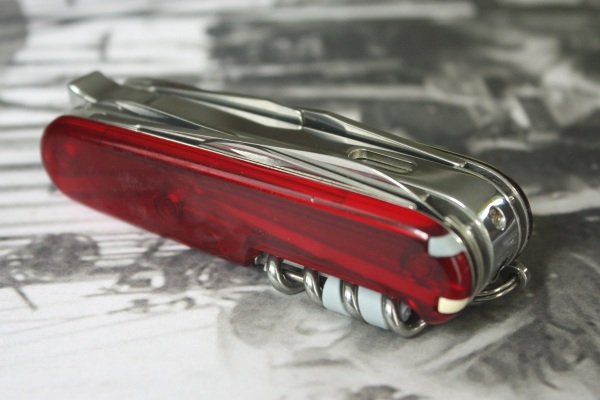 Unfortunately, this one has a company logo laser etched into the lighter implement. Also, I have no idea whether the lighter works or not. They are very unreliable so I wouldn’t be surprised if it doesn’t ;)

I will probably list this on EDC Source soon.