This is a Victorinox (Elinox) 91mm Picnicker. It was part of the Elinox product line and since it has the five-turn corkscrew and no hole in the reamer. It’s probably from the 1970s (?). It also has the +PAT opener and a sharpened bottle opener. 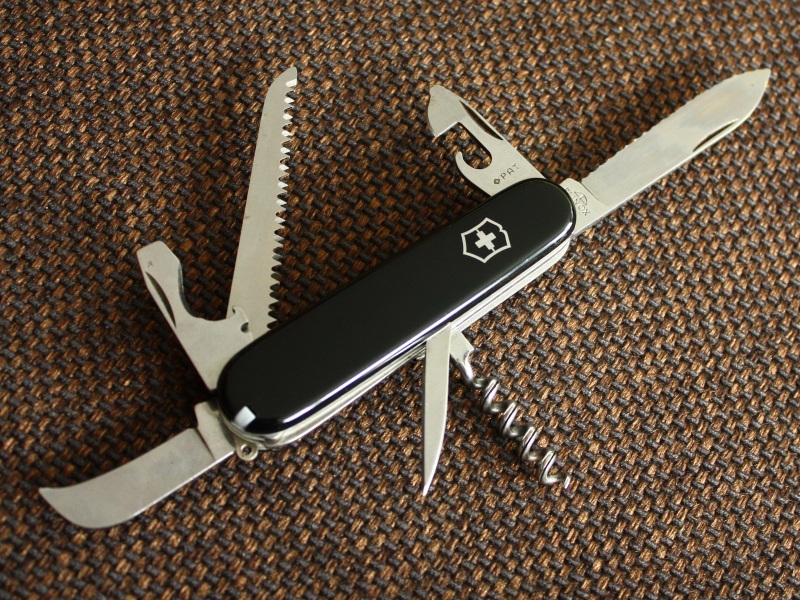 It is basically a Camper but with a twist: it has a small pruning blade instead of the small pen blade and it has a serrated main blade. The serrations are a bit unusual on 91mm knives.

This particular one has had its scales replaced. Originally it would have had the triangular Swiss Shield instead of the Victorinox shield and possibly a Camping inlay.