This old Swiss pocket knife was sold to me as a vintage Elsener knife. Although Elsener or Victoria/Victorinox knives in 62mm are known to exist, I doubt this is one because it lacks any Elsener (or Victoria/Victoria) markings. The tang stamp seems to say INOXYD or JNOXYD, but some sources mention the stamp NONOXYD.
It has an unusual tool configuration consisting of a large blade (well, actually it’s very small), a small blade (or better: a tiny blade), small scissors and a nail file that is two layers wide. This config is seen in some Victorinox Accountant knives as well.

The scales are fake tortoise shell made of cellidor. The name LORENZI is stamped in the main blade; probably the name of the cutlery or retailer where this knife was originally sold.
Edit: I’m guessing this is actually Lorenzi Messer in Zurich, Switzerland. The store still exists but I don’t think I visited them during my stay in Zurich in 2016.

The knife came in a nice leather pouch that resembles the pouches I’ve seen in old Elsener catalogs. 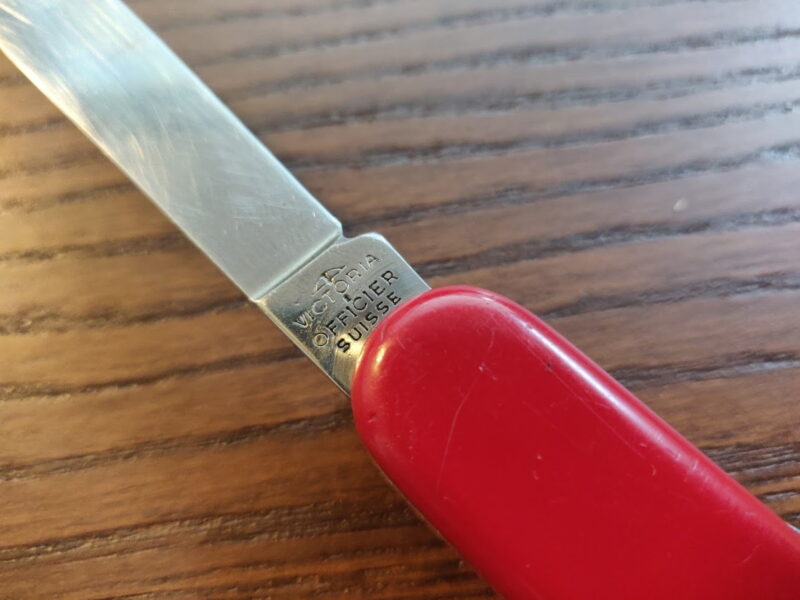 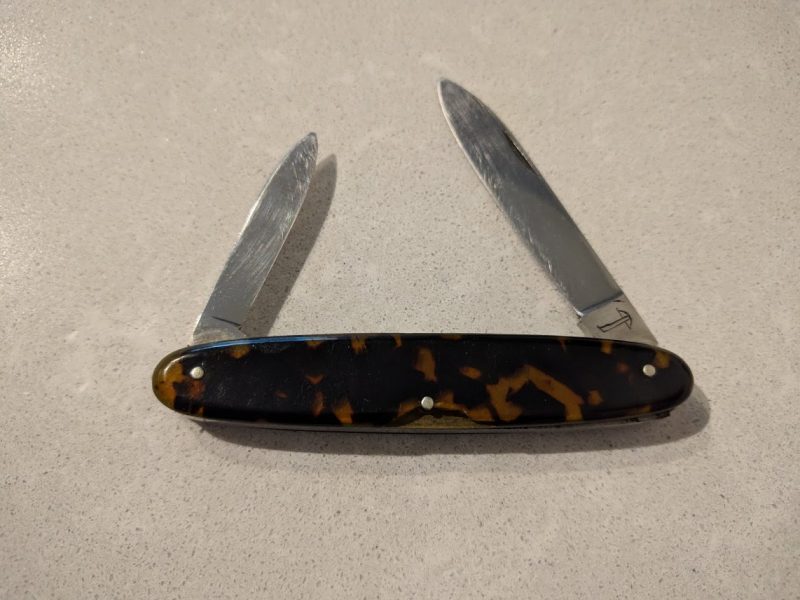