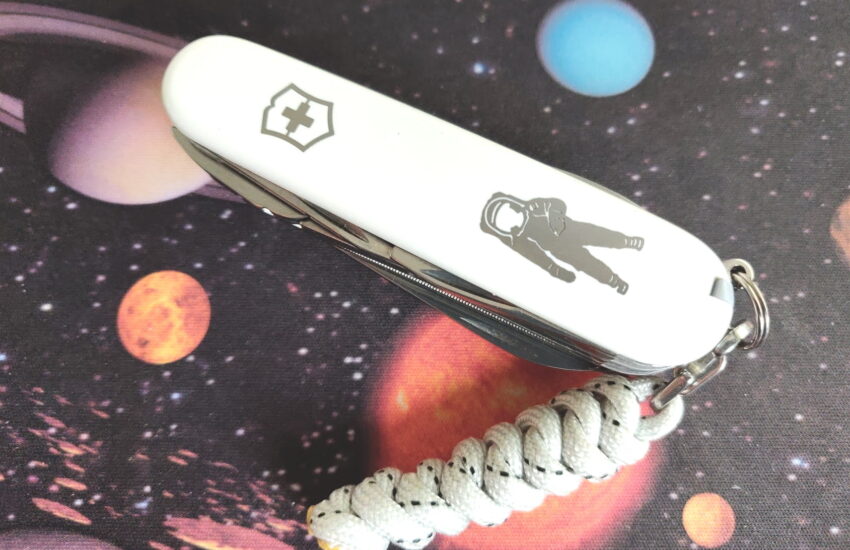 In September 2017 Victorinox introduced a new version of their I.N.O.X. watch called the Sky High Limited Edition. While the watch is pretty cool the reason why I bought it was the Handyman that was included in the gift box. It’s a regular Handyman but with white scales with the famous astronaut inlay on the front. It’s limited to 2,000 pieces worldwide and it features a white paracord keychain matching the Naimakka strap of the watch.

END_OF_DOCUMENT_TOKEN_TO_BE_REPLACED 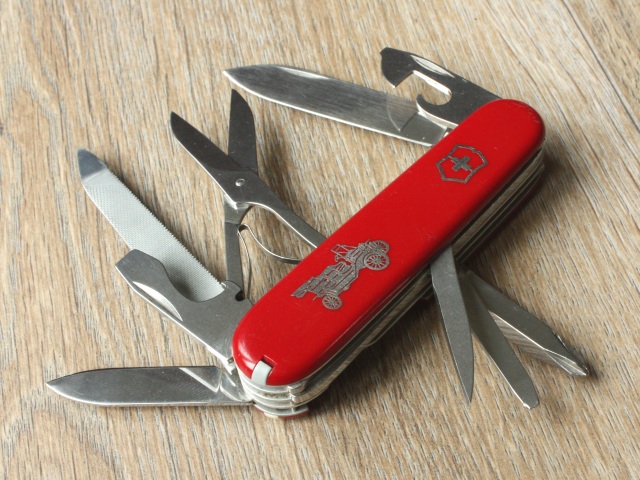 The Victorinox Grand Prix is a four-layer Swiss Army knife. This model was introduced in 1980 and in the following years (up until about 1995) it underwent the usual changes in tools like the addition of the hook in 1991. The unique feature of the Grand Prix is the inlay of a classic Ford Model T on the front scale. The inlay was originally nickel silver, later versions were stainless steel. Some of the finer details were omitted in the