This is a red Victorinox Trailmaster. It is the same model as the pretty common One handed Trekker, but the Trekker usually has black scales instead of red ones. It’s also the same as the German Army Knife, but the GAK has no tweezers/toothpick. 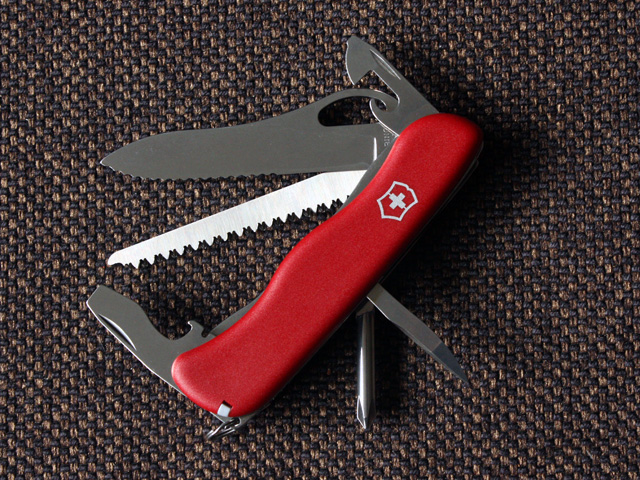 This Trailmaster has the old, oval shaped thumb hole in the main blade. Current models have a round hole.